Comparing the rates of use with countries with a health system similar to Belgium makes it possible to raise hypotheses about the level of use in Belgium, whether in terms of access, choice of techniques or epidemiology, for example.

We followed this approach, for example, for bariatric surgery. The International Federation for the Surgery of Obesity and Metabolic Disorders (IFSO), which has around fifty members from around the globe, regularly records the different rates of bariatric surgery. If we single out the European Union countries, we can see that, in 2014[1], Belgium had the highest rate of bariatric surgery (see figure below). 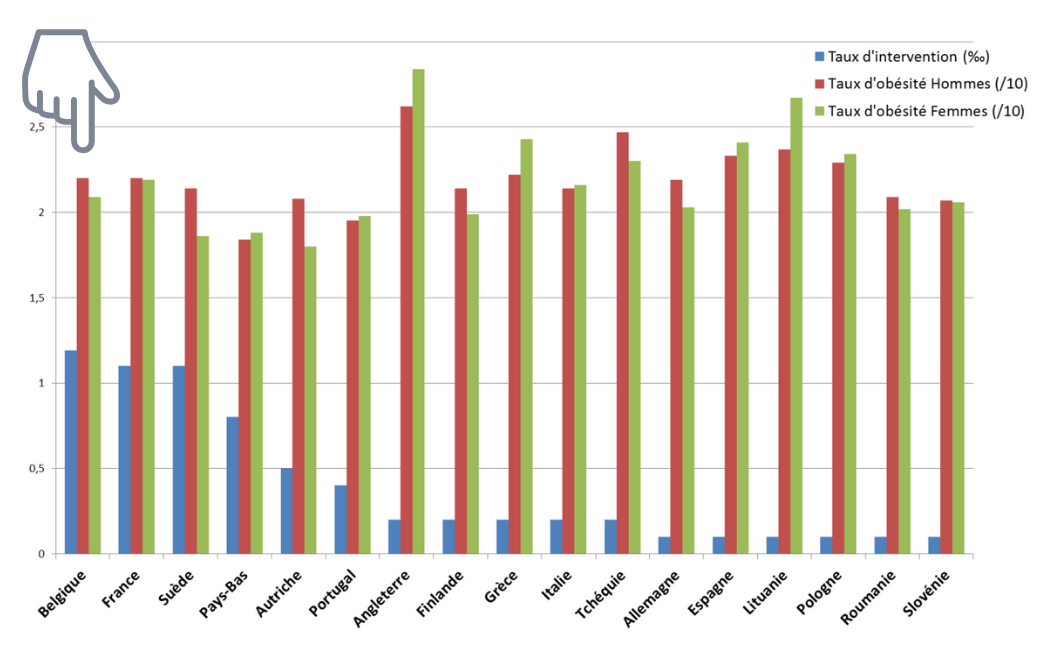 These results are clearly very surprising, particularly since they do not directly reflect the prevalence of obesity in our country, which is close to the European average. If we look at the European obesity figures, then among the 17 EU countries included in the IFSO study, Belgium is in eighth place for men and ninth for women[2].

For information purposes, we also publish on this site an interactive map to other European websites dealing with medical practices variations.

[2] According to the national rates recorded by the WHO for 2014: http://apps.who.int/gho/data/node.main.A900A?lang=en