The utilization rates recorded by geographical area are based exclusively on the insured's administrative domicile and not on the place of intervention. The geographical areas of breakdown are regions, provinces and boroughs.

Since the data are standardized for gender, age and social status, geographical differences are then linked to a particular epidemiology of the pathology underlying the intervention, to a difference in access to care or to potential variations in practices.

These variations can be illustrated in various ways. One way of assessing them is to plot the rates per arrondissement of a particular practice on a dot-plot graph. This is useful as it highlights clusters of data, gaps in the distribution, and outlier values. In the case of carotid ultrasounds, for example, (see figure below), the ratio of maximum: minimum values is approximately 4:1. 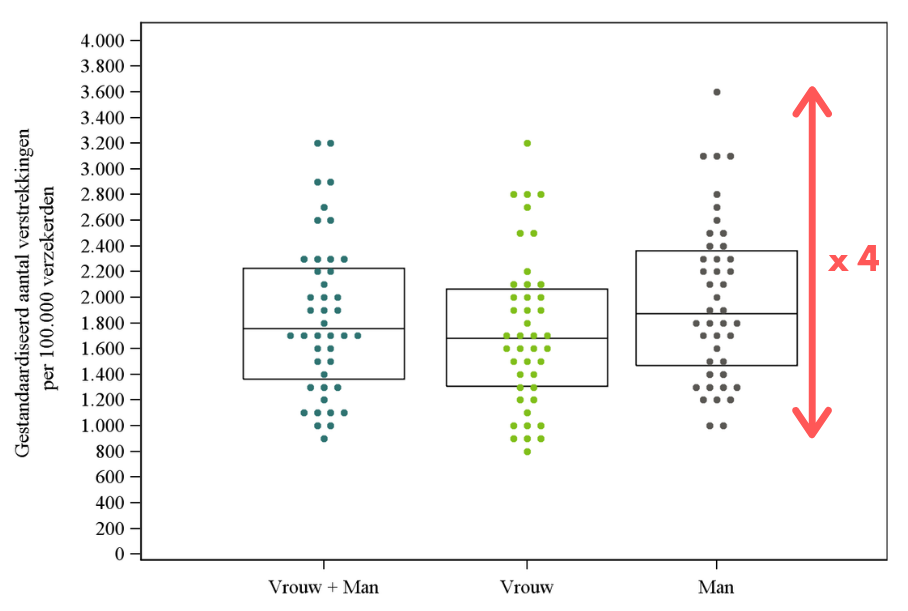 Another, probably the most intuitive, way of showing unwarranted variations is to use mapping. A colour code is used to show how much the rate in each arrondissement differs from the national mean. This makes it quick to see where the variations are greatest and least pronounced, and indicates whether the arrondissements furthest from the mean are geographically close to each other.

In the case of thyroidectomies, for example (see figure above), we can see a clear North-South divide in how rates vary, in each arrondissement, from the mean thyroidectomy rate.

In the example of maxillofacial surgery (see figure below), we can see that one arrondissement, with a large population, very much stands out, with a significantly higher rate than in other arrondissements: it is well above the upper confidence level. 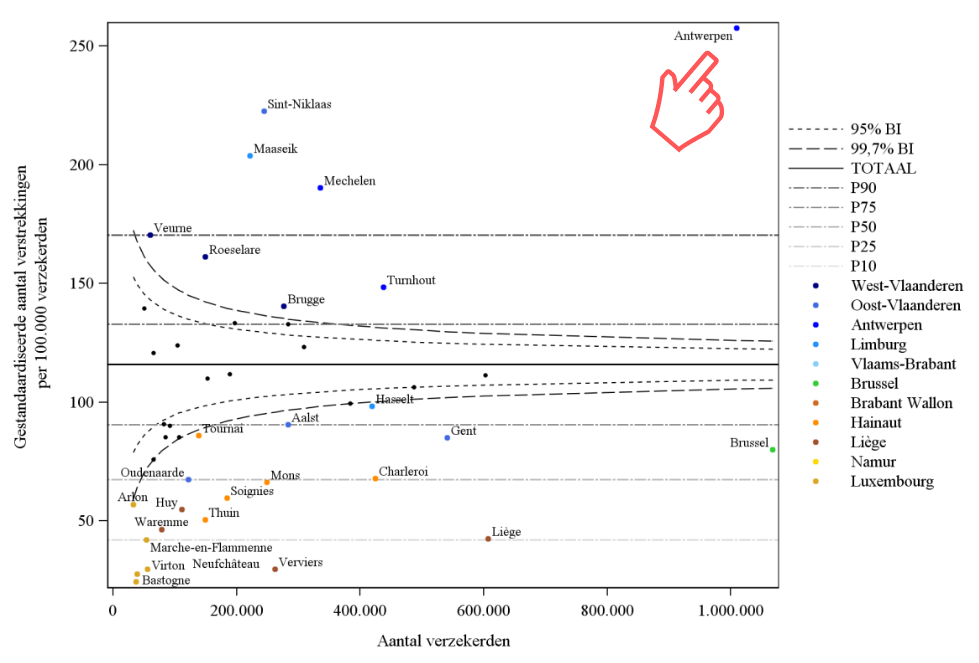 If, to illustrate this, we plot the distribution of coefficients of variation for around a hundred varied and distinct medical practices in Belgium (see figure above), we can see that this distribution follows a Gaussian curve around a mean coefficient of variation of about 33. Even without a threshold value, we can deduce from this curve that, generally-speaking, there are high levels of geographical variation, and that there is, therefore, real evidence of unwarranted geographical variations in Belgium.