Continuity of care addresses  ’the extent to which healthcare for specified users, over time, is smoothly organised within and across providers, institutions and regions, and to which extent the entire disease trajectory is covered’.

We have distinguished four different aspects of continuity:

Indicators on continuity of care

Some of the indicators analysed in other sections of this report may also be interpreted in terms of continuity of care:

Since 2001, in Belgium, each person can request a general practitioner to create a Global Medical Record (GMR) for them, where all their medical information can be centralised and managed. This allows the physician to have a better overview about everything that affects the person’s health, their medical history, treatments, allergies, vaccinations, hospitalisations, etc. Each examination or visit made with another healthcare provider is also recorded, which avoids unnecessary examinations and promotes communication between the different caregivers. A Global Medical Record is therefore a guarantee of optimal health management for every person.

Since 2016, GMRs have become electronic: they are now named eGMRs, and general practitioners have an obligation to acquire approved software in order to be able to manage these computerised medical records by 2020 at the latest. The computerisation of medical records is analysed in the Sustainability of care section. This indicator measures the proportion of the population who have a Global Medical Record. 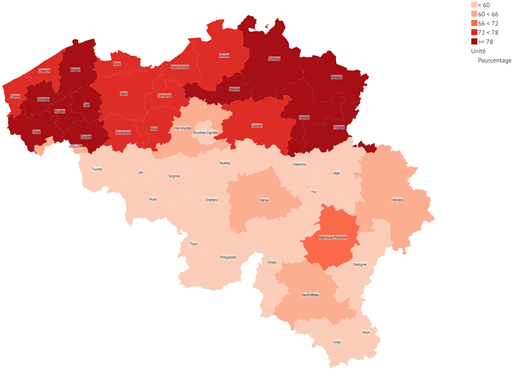 Figure 3 - Proportion of persons who have a global medical record (GMR) with a general practitioner, by age category, 2014-2016
Data source: AIM-AIM

It should be noted that this indicator only includes visits paid on a fee-for-service basis. It therefore does not include data from medical houses operating on a lumpsum basis. 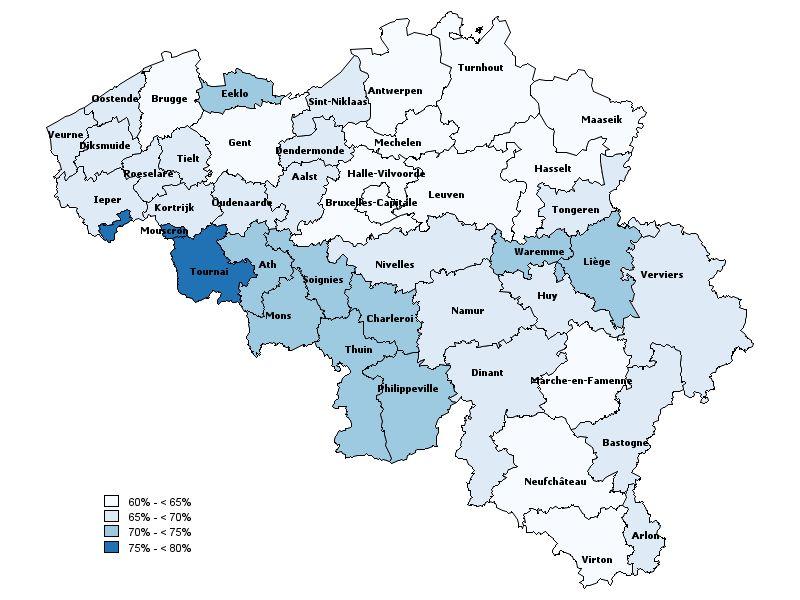 This indicator measures the proportion of hospital discharges of elderly people (aged 65+ years) that are followed by a contact with a general practitioner within one week, which helps assess the continuity of the relationship between hospitals and general practitioners (first-line medical care).

Returning to one’s regular living environment after the end of a hospital stay is often a critical moment for elderly people. It is not only about leaving the hospital, but also (re-)organising, without discontinuation, the care and emotional support system that will help them resume the normal course of their lives. For this reason, it is recommended that each elderly person leaving hospital visits a/their general practitioner after approximately one week to check if the arrangements made at discharge are (still) appropriate. This helps reduce the number of re-admissions to hospital and the duration of hospital stays.

This indicator is all the more important as the number of elderly patients has been increasing, while the average duration of hospital stays has been decreasing. In the past few years, many initiatives (e.g. integrated care pathways) have been implemented in order to reinforce continuity of care. 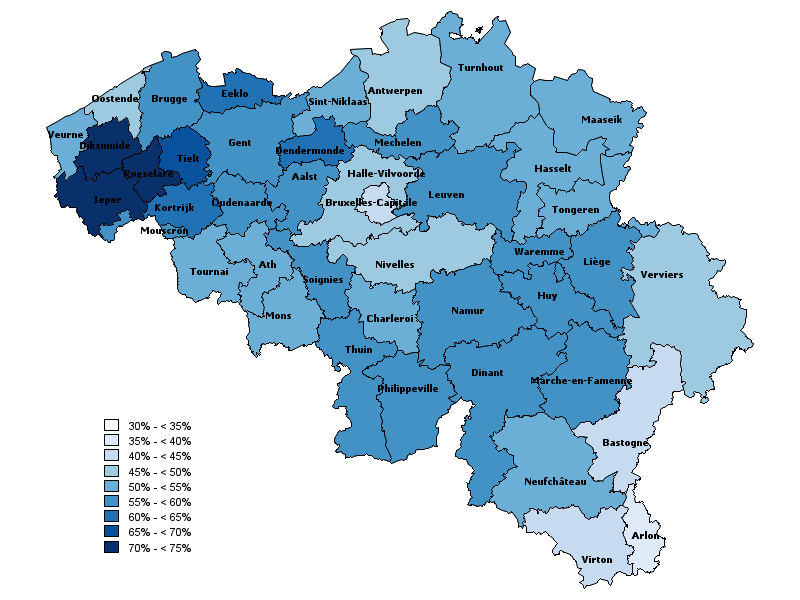 The purpose of these different measures is to better inform patients and their close relatives about diabetes treatment, management of complications, etc., to encourage their involvement in the patient’s care, and to support good communication between the patient and the different care providers. This last point can serve as an indicator for continuity of care.

Depending on each case, patients registered in any of these models receive better reimbursements for visits to their general practitioner and diabetologist, reimbursement for their blood glucose self-monitoring equipment, and visits with nurses specialised in diabetes management, dieticians, podologists, etc.

We have calculated two indicators in this population to measure continuity of care coordination: 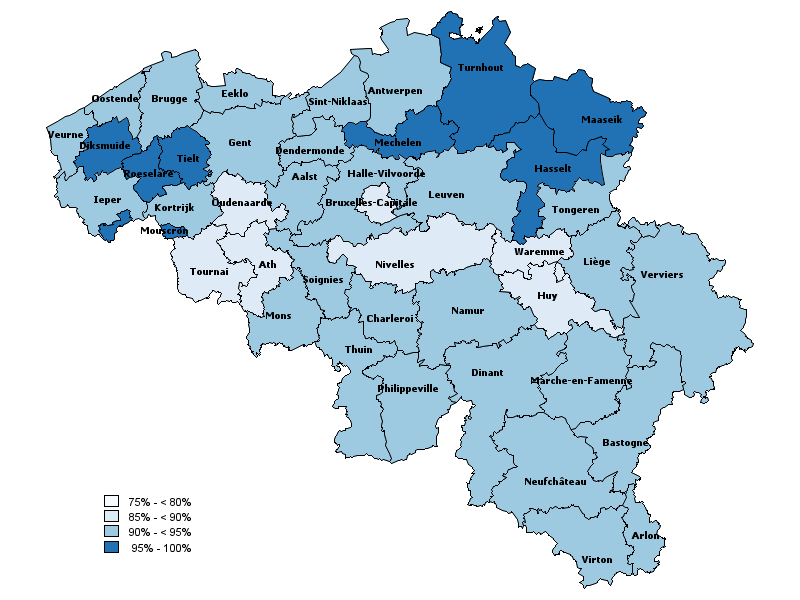 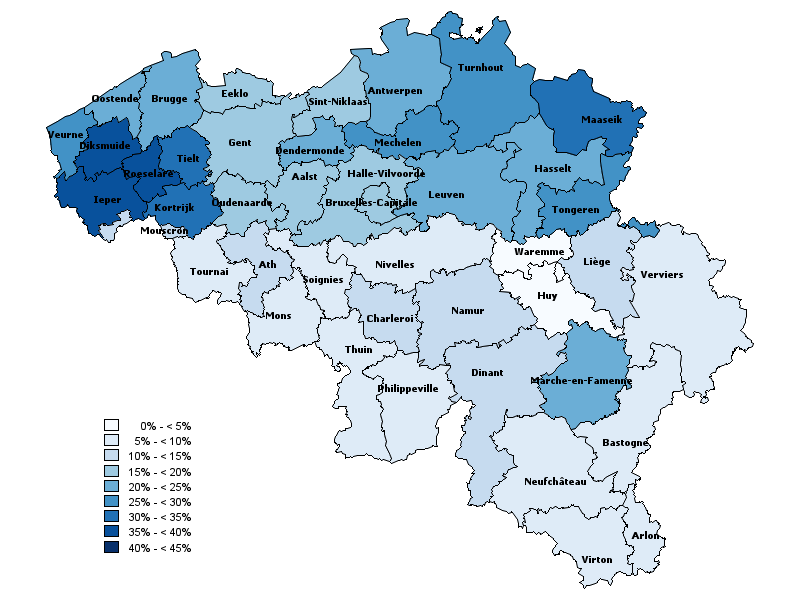 Multidisciplinary Oncology Consultations (MOCs) are meetings that bring together different specialists (oncologists, surgeons, radiotherapists, etc.) who are concerned by a given type of cancer (breast, bowel, lung cancer, etc.) in order to examine together each patient’s medical record. In this meeting, the specialists (as well as the patient's general practitioner) discuss the tumour diagnosis (its severity, extent, etc.) and examine the various treatment options that may be suggested, in order to offer the best suited type of management for each individual case and to ensure continuity of care.
An MOC is a step recommended by all Belgian and international clinical practice guidelines. In Belgium, MOCs have been reimbursed since 2003, and strongly encouraged, by the National Plan against Cancer.

This indicator measures the proportion of patients diagnosed with cancer whose medical record is under discussion in a multidisciplinary oncology consultation (MOC).