Equity and inequalities in healthcare

Socio-economic inequalities in healthcare use may arise from a variety of causes. In addition to the health status of individuals, and related to this the need for health care use, other factors can also have an impact, such as socio-economic status (education level, income, employment status), availability of services, lifestyle, health insurance coverage (mandatory or supplementary), etc.
In terms of access to healthcare, some inequalities may be considered ‘fair’, for example, receiving more care than the average person when one has a disease. On the other hand, other inequalities in access to care may be considered ‘unfair’, such as those related to differences in income. Unfair inequalities are called ‘inequities’.

Based on the data that were available for the 2019 report, we were able to conclude that people in more disadvantaged social groups had higher financial barriers to use healthcare services, a lower participation rate in cancer screening programmes, fewer regular dental visits, a higher consumption of medication (antibiotics, antidepressants, polymedication), and a higher probability of not reaching the recommended number of antenatal visits during low risk pregnancies. However, they had a better continuity of care index with their general practitioner.

We also analysed 3 contextual indicators for equity. These indicators do not directly express the health system’s level of performance, but they can place it within a more or less positive context. These are the Gini coefficient (EQ-1), and the indicators on healthcare financing progressivity and regressivity (EQ-2 and EQ-3).

Additionally, on December 2020, an add-on on equity was published, analysing inequities in access to, use of and financing of care using detailed information on the health status, income, education level, employment status and healthcare utilisation and payments of individuals and households. Results of this report can be downloaded via the following links: Health System Performance Assessment - How equitable is the Belgian health system?

The Gini coefficient illustrates how household income is distributed among the population. As such, it offers a statistical measurement of inequalities in society: the higher the Gini coefficient, the further the income distribution deviates from being perfectly equal among all members of the population. The advantage of this indicator is that it allows for comparisons between countries; its disadvantage is that it is very general.

On an international level, the Gini coefficient is considered as an indicator of the inequality of social and health problems. Indeed, studies have shown that there is an association between the way income is redistributed within the population (income inequality) and some forms of objective health problems and the perceived health situation or status. However, the causality of this relationships remains an open question. 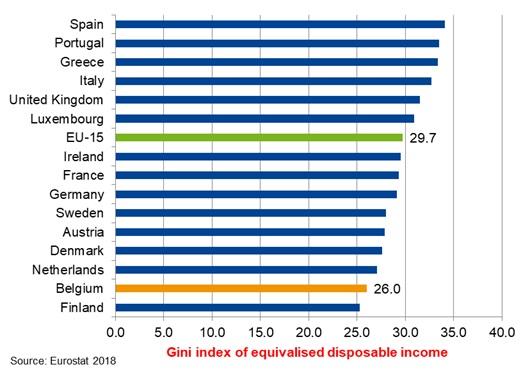 * The figures for Ireland and the United Kingdom refer to the year 2016. 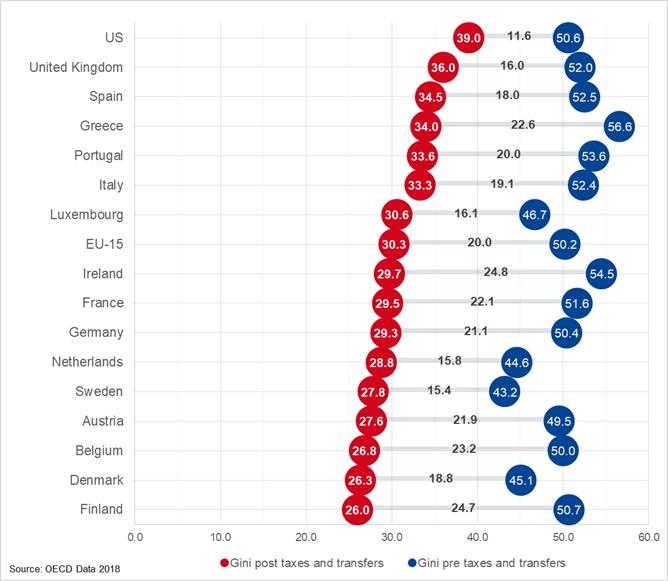 Universal health care coverage aims to ensure that everyone has access to the healthcare services they need, without experiencing financial difficulties nor worsening their poverty risk. This implies that the burden of financing the healthcare system should not disproportionately rest on those who suffer from illness; in other words, this financial burden should be largely independent of any health risks.
The public health system is funded through a combination of direct and indirect taxes and social insurance contributions. Each individual contributes to the system, at least potentially, through different types of mechanisms:

Out‑of‑pocket payments are said to be "impoverishing" if the household's financial resources are not sufficient to cover both basic needs and healthcare expenditures. Among poor households, i.e., those with financial resources that are not sufficient to cover their basic needs, these out‑of‑pocket payments are considered "further impoverishing".

These indicators measure financial hardship when using health care. In an ideal health system, households should pay for health care in function of their capacity to pay (vertical equity principle), and recourse to health care should not plunge them into a situation of (greater) financial insecurity. 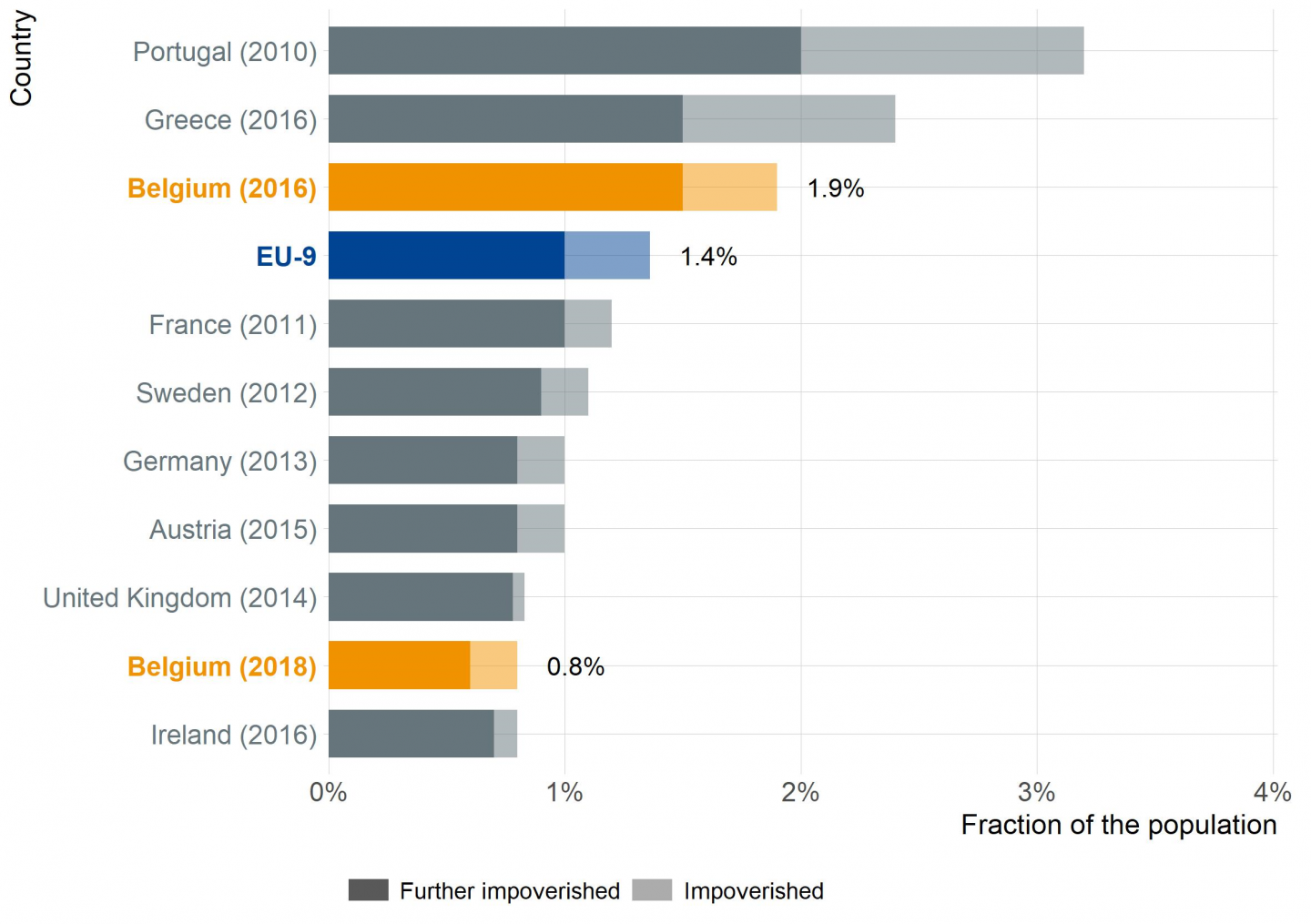 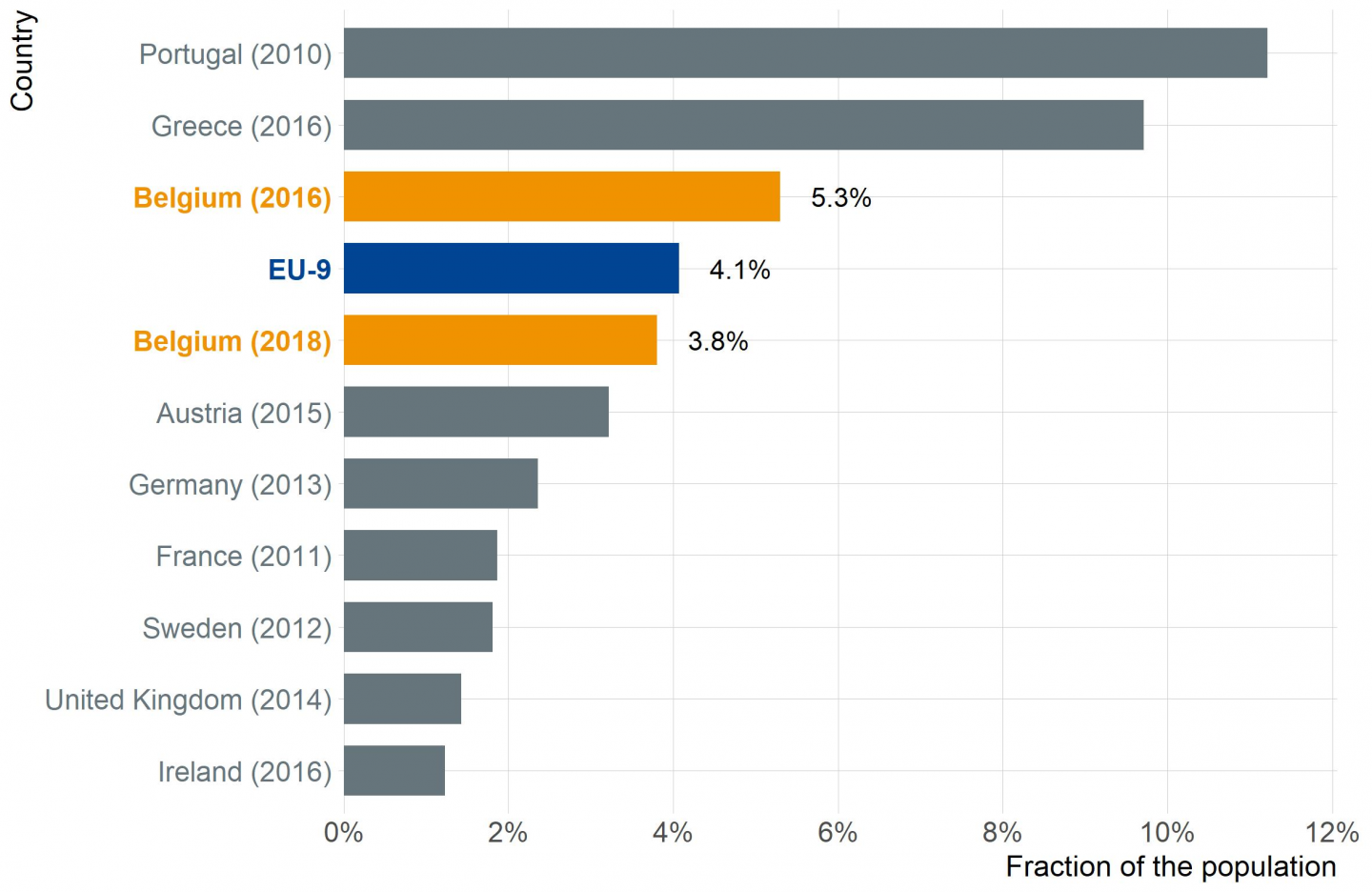 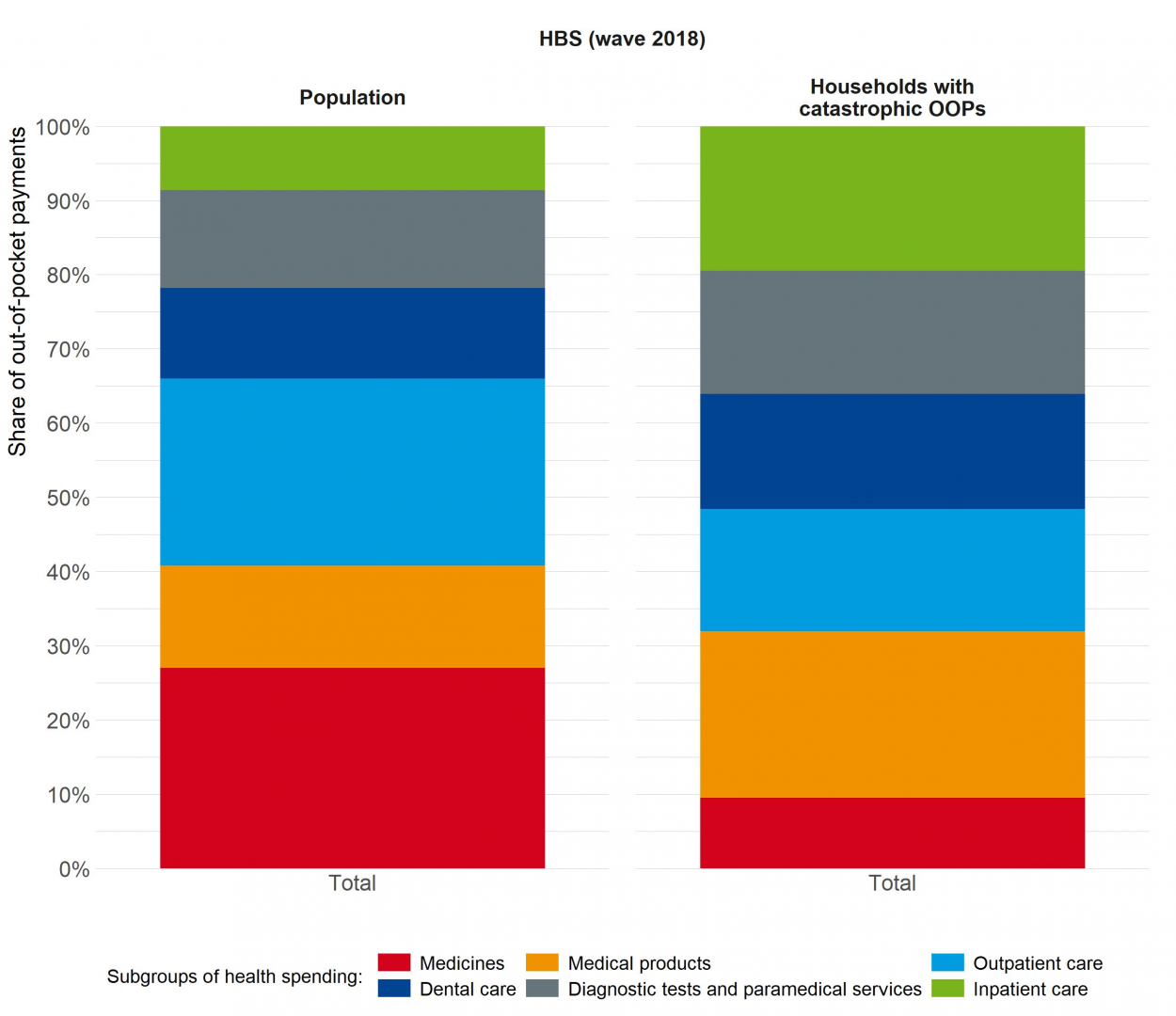