Security of care may be defined as “the degree to which the system does not harm the patient”. The four types of indicators used for assessing security of care in this report are related to:

Summary of the indicators on safety of care​​

(1) Excluding Denmark and Sweden, (2) OECD Health at a Glance 2017, (3) Belgium has an intermediate position across EU-15 countries for a similar indicator (see appendix of the report for details), *This indicator will be updated on the website when recent results become available, (a) Patient safety indicators on hospital discharge data.

Some of the indicators analysed in other sections of this report may also be interpreted in terms of security of care:

Infections acquired during a stay in hospital (nosocomial infections) are a subject of growing concern in today’s context of increasing antibiotic resistance. These infections are a serious threat to patient security, as they can lead to severe complications, or even death. They also represent a significant financial burden for the community due to the extended duration of hospital stays and the treatment costs involved.

Infections due to methicillin-resistant Staphylococcus aureus (MRSA), bacteria which are present on the skin, have been subject to mandatory controls by hospitals since 2007. Infections due to multi-resistant gram-negative intestinal bacteria (Escherichia coli) have been subject to such controls since 2015. These bacteria are primary indicators of antibiotic resistance for human bacteria. The results of these surveillance controls are centralised by a specific unit within Sciensano. MRSA surveillance can provide information about the effectiveness of infection prevention and control measures (including hand hygiene), while E. coli surveillance is also a source of information about antibiotic consumption.

In this report, we have selected four indicators which can help define the problem of hospital-acquired infections:

Incidence of hospital-acquired infections due to MRSA (QS-2)

Proportion of hospital-acquired infections due to MRSA (QS-7)

Figure 3 - Evolution of the median proportion of methicillin resistant Staphylococcus aureus (MRSA) on the total number of reported S. aureus by region, Belgian acute care hospitals with at least 5 years of participation in the surveillance (1994-2016)
Source: Latour et al., 2018

Proportion of hospital-acquired infections due to 3rd and 4th-generation cephalosporin-resistant E.coli (QS-8) 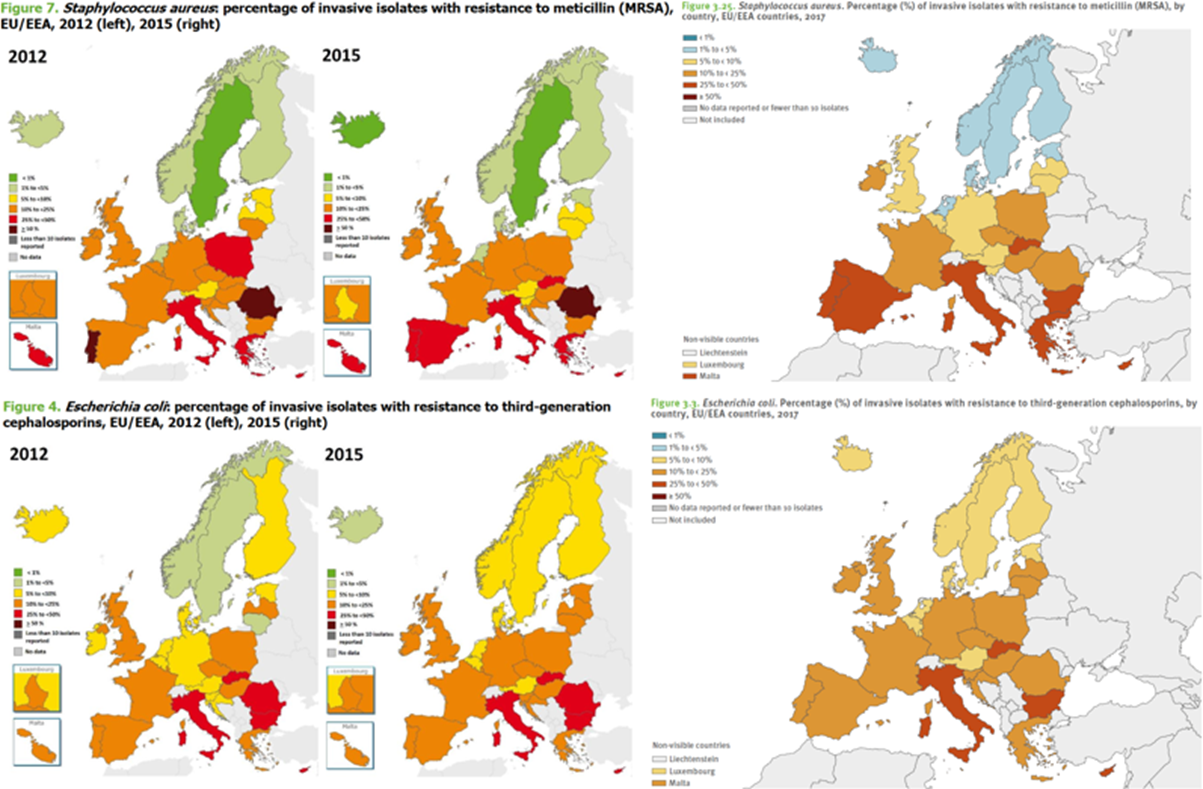 Any surgical procedure involves risks which are impossible to avoid at 100%. However, in all hospitals, preventive measures (prophylaxis) are implemented in order to reduce as much as possible the occurrence of such risks. The two indicators in this section assess the effectiveness of these security measures for all hospitals combined.

The first indicator relates to pulmonary embolism or deep-vein thrombosis after a hip or knee prosthesis placement. Measures taken against these complications include administering anticoagulants in the weeks following surgery, early mobilisation of the operated patients, wearing compression stockings, etc.

The second indicator relates to post-operative sepsis conditions, which can be extremely serious. These cases can be prevented by administering prophylactic antibiotics, ensuring the sterility of surgical techniques, and providing high-quality post-operative care.

All of these complications are (ideally) subject to notifications in the hospital files (‘RHMs’ - Minimum Hospital Summaries), which means that the data can then be fed into the security indicators of the OECD (OECD Health Quality of Care Indicators (HCQI)), allowing for international comparisons. 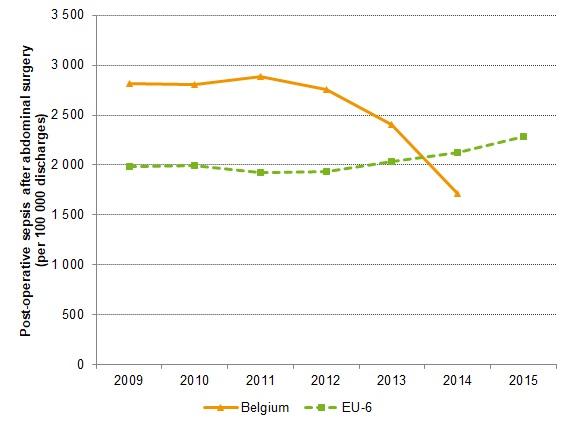 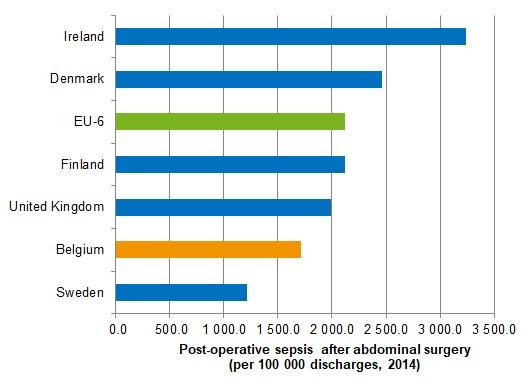 Bed sores (skin ulcers occurring at pressure points in people who stay in bed for long periods of time) are one example of complications for which there are preventive measures within the scope of nursing care. They are classified in 4 categories (I to IV) of increasing severity.

Measuring the prevalence of bed sores in different hospital departments can help in targeting preventive action and evaluating the effectiveness of previously implemented preventive procedures. A national survey organised in 2012 by the Belgian Federal Council on Nursing Activity Quality (CFQAI) collected various indicators in 70 general hospitals. This report is the most recent source of data for this indicator; it will be updated as soon as new results become available.

Many elderly people take a great number of different medicines, particularly when they suffer from chronic diseases. However, the more medicines one takes, the higher the risk of adverse effects, drug interactions, non-compliance, deterioration of functional status, and increased frailty in people of very old age. A sound balance must therefore be determined between taking a reasonable amount of medicines and polymedication.

There is no clear limit above which a number of medicines would be considered as excessive, but an increasing number of studies have been addressing this question. A list of criteria named STOPP/START helps general practitioners and geriatricians detect potentially inappropriate or unnecessary prescriptions.

In this section, polymedication is defined as the administration of at least 5 different medicines/day. 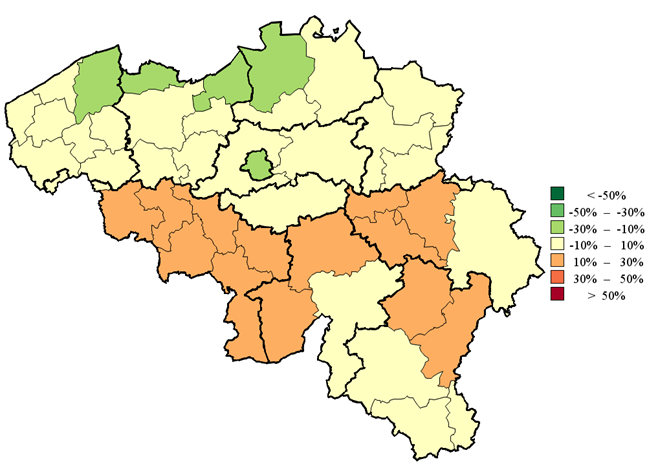 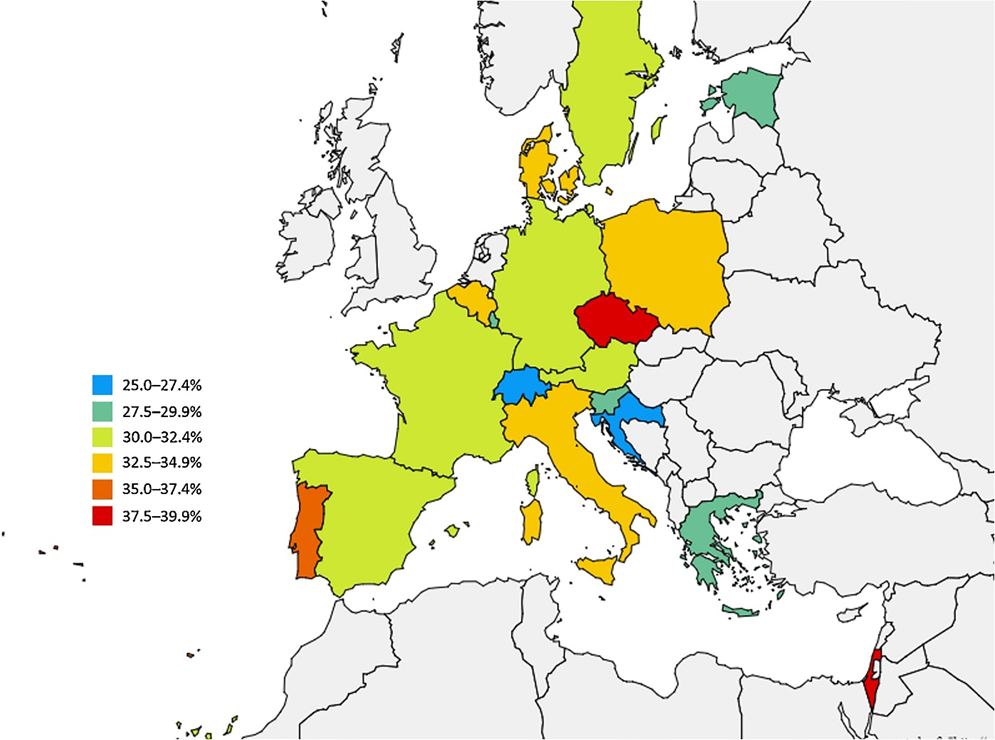