The principle of the IFIC (Institute for the Classification of Functions) is as follows: each sectoral function is described by means of identical criteria for all functions and classified in a function category on the basis of the result obtained.

To these job classifications are added salary models; the applicable scales are determined by the categories in which the jobs are classified. The new IFIC functions therefore focus on the tasks performed and the content of the function to determine the compensation to which workers are entitled.

Between September 2016 and March 2021, various collective agreements were made to implement the new classification and the new salary model. 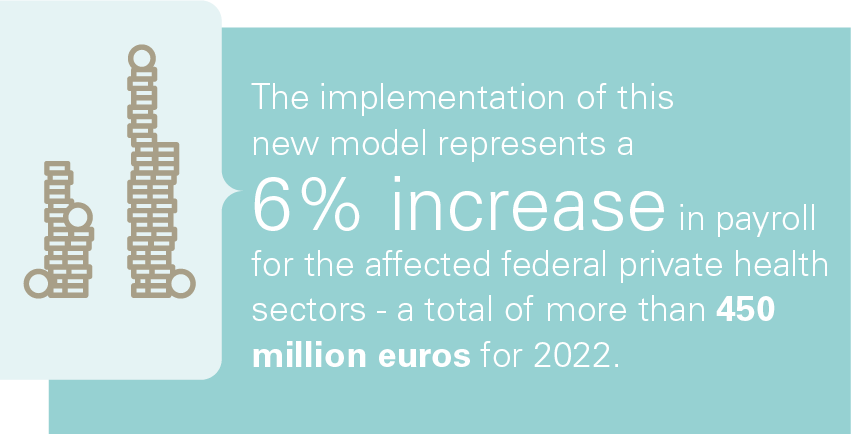 The procedures put in place by the social partners ensure that no employee in service suffers a loss of salary as a result of the implementation.

Negotiations between the social partners resulted in the conclusion, within Committee A, of four memoranda of understanding on the implementation of IFIC in the public sector.

The job classification and the associated scales are identical in the federal private and public health sectors.

The procedures put in place to supervise the implementation in the federal public sectors (assignment of duties to workers, recourse, choice of scale) were similar to the application procedures in the private sectors, but have been adapted to the specific nature of the public sectors.

Workers in service who elected the IFIC scale prior to 6 December 2020 have been paid under the new schedules since 1 July 2021.

Workers newly hired on or after 9 November 2021 are paid at the new rates if their job function was activated in the hospital. Non-activated functions are not subject to the new scales.